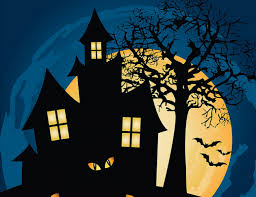 What causes a property to be haunted? A favorite explanation is that ghost sightings exists in places that for some reason, has an abundance of negative energy. Or read the other way, a place that lacks positive energy. Apparitions by definition, are nothing but masses of negative energy, so they tend to inhabit or are naturally attracted to such places, much like fish to water or wild animals to the forest. Put simply, ghosts have a natural affinity to places with negative energy.
What can cause a place to have negative energy in the first place? There are many reasons. If, for example, some members of a household has been under a lot of stress (which is a negative activity) because of work pressures, spousal problems, financial problems etc. – that WILL cause the environment inside the house to be also negative. This happens because negative energy from that person will slowly but surely permeate every nook and cranny of the house, eventually causing the entire house to be negatively charged. This negativity, if prolonged and if powerful enough, CAN attract evil spirits and demons to enter the house uninvited, simply because of their mutual affinity.
Case in point – In 2003 the writer received an email from a friend. She wrote that her husband had recently had a nervous breakdown due to family problems that had started from his childhood days and was now suffering from depression. On top of that, he was drowning his sorrows with alcohol. The strange thing was that one afternoon he was suddenly possessed by the spirit of the previous owner of the house. The possessed man had told my friend that he was going to kill her husband. He then told her to get out of HIS house! Later enquiries revealed that the previous owner had died in 2002! The analysis was that her husband had created in himself, a powerful negative void, not only due to his mental illness but also his alcoholism. The roaming spirit of the previous owner, who somehow was still attached to the house, had found an ideal environment in which to dwell, hence the possession. It so happened that in this case, it wasn’t a building but a human body! A person who always has a positive outlook is always happy and an optimist can never be possessed by evil spirits!
Another example – if a brutal murder, which is an overwhelmingly powerful negative activity occurs, naturally the atmosphere at the place of the crime will become infused with powerful negative energy. This then becomes a natural habitat for the supernatural. Even if the crime victim does not return to haunt it, other lost souls will be attracted to it.
A happy house, with a lot of active kids running about noisily ie. One bursting with positive energy, or one that is permeated strongly everywhere with sunlight CAN NEVER become occupied with ghosts! Simple as that! If anything, ghosts will RUN AWAY from such places! WHY? Because there’s an abundance of positive energy inside the house! The undead are terrified of such places. They can only feel comfortable in places with negative energy.
“Don’t ever let your property be transformed from one with positive energy to one with negative energy. Because if you do, even if ghouls don’t come for a permanent visit, you’ll eventually become physically ill or your business will fail. Always try to be happy, positive and optimistic. This will infuse your house with an abundance of positive, radiant energy. If you are able to do this constantly, even your health will improve.”
Were there any unexplained odors, especially of fragrant flowers when there were none around the vicinity? Or on the other hand, unpleasant smells? Was the air stale or moldy even though the ventilation was good and the windows were open? Unexplained odors, whether pleasant or smelly can be an indication of a presence.
Did you feel an urgency to buy or rent the property right away even if you had some previous misgivings? RUN DON’T WALK out of the property! These are strong signs that the property in question could be haunted even though there were no sightings of apparitions.
(COPYRIGHT 2005, W.S. CHIN
570 16TH AVENUE; SAN FRANCISCO)