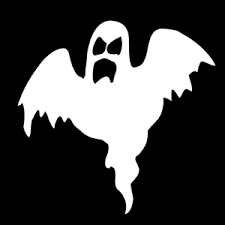 According to common definitions, a ghost is the spirit of a dead person.  I picked this up from an MSN website:  “Dave Oester of the International Ghost Hunting Society says ghosts are not fragmented souls cursed to roam the land. They’re here by choice, he says.  Also, says Oester, ghosts don’t wear sheets, and only rarely do they look like see-through people (like they do at Disney’s Haunted Mansion). According to ghost hunters, they usually look like strands of vapor called ectoplasm when they’re in motion. When they’re not moving, they resemble balls of light.”

Some who had encountered ghosts claimed they could see them in clear human forms, even with clothing.  My interpretation is that these people could have been overcome by the ghosts who also succeeded in influencing their minds to make them see what they wanted them to see.  The same explanation also applies to mediums who allow spirits to possess their body and use them to offer blessings or do fortune telling.   Once a female friend told me she had met a Welsh fortune teller who was uncannily accurate in her forecast.   When she played back the cassette recording of the session she had with the fortune teller, I could sense from the vibrations that the woman was a medium possessed by a spirit.

I normally detect the presence of ghosts in the form of dense energy – either sphere of dull lights or in other shapes like floating energy veils. At times, I came across these energy forms as balls of dull light scattering away as I approached them.  It would appear that they fought shy of my stronger energy body, and did not want me to get near them.  There was once when my friend, Steven, and I actually saw a veil of dull yellow energy floating past us.  We were then seated at the table with three other friends in a back lane of a coffee shop in Lorong 13, Geylang, at around 2.00 am in the early morning.  Steven, gifted with the Ying Yang eyes, hailed from a family with strong Taoist tradition.   He actually held my hand and told me “Don’t disturb” as he was afraid I would project energy at the energy body. Later, my friend Ken who went to the same spot identified the ghost as a “Datuk Gung” (Benevolent Old Soul) – a very old spirit that had roamed the place and revered by the residents for many years.  Sometimes, you may find altars erected in public space for people to get blessings and offer their prayers to these benevolent spirits in different parts of Singapore.

Ghosts exist in energy body with lower vibrations than ours and normally would not be sufficiently strong to penetrate our energy field.  The stronger ones are those who died a violent death or experienced strong emotions before their demise.    In the first place, not many of us would have a chance to meet one because they exist in another dimension – the ether world.  And, most of us are not conscious enough to be aware of the ether world, except those who practice higher forms of meditation or are born with an ability to see with the 3rd eye.  As I have mentioned earlier, most of the time ghosts could only be seen as a formless mass of dull color energy.  Some claimed they were green or blue and some saw them in red.  It is commonly said that the red ghosts are the more aggressive.  There are stories of women obsessed with intense hatred committed suicide wearing red apparel so that they could become ferocious ghosts and take revenge against those who betrayed them when they were alive.

Some would remember that case involving the Taiwanese born SIA stewardess who was raped and killed by her male colleague in New York.  It was reported in the Taiwanese newspapers that when her family claimed back her body and buried her, they clad her in red. Subsequently, when the ill-fated SIA plane SQ006 crashed at the Taipei Airport, there were rumors circulating in the internet chats that some surviving passengers saw the ghost of the SIA girl clad in red on board the plane flipping through the manifest before the accident took place. It was said that one of the accomplices of her rapist, who escaped conviction, was a steward on the same flight.

Some people believe that ghosts normally hide in dark and damp places during the day – not only in deserted houses, or underground tunnels or densely forested areas but also in lift wells and toilets.  Most ghosts could not survive the strong rays from the sun in broad daylight.  Ghosts, unlike human beings, do not have a physical body to recharge/recoup energy.   In no time, their energy body would be used up and dissipate if they do not find ways to replenish them.   Some ghosts are said to actually leech on human energy while other sustain themselves with the energy from trees  Some other ghosts,  the stronger one,  sustained themselves by taking the electromagnetic energy from high tension cables and generators.  They usually occupy the generator rooms.   The next time around when you pass by a lamp post at night and suddenly find the lights flickering or go off suddenly, it could be the work of the ghosts feeding on the electrical energy field.

Coming to the stories about ghosts lurking in toilets, it would appear that they are leeching on the energy of the toilet users.  If they are not strong enough to sip energy from the persons, they would pick up the residual energy dropped off along the urine and excrement after the toilet users have left.  So next time, when you go to the public toilet, beware.  Some would recall the speculations about a female ghost lingering in the lady toilet of the former Lido Theater in Orchard Road, Singapore.   In one particular account, a woman cinema patron was nearly scared to death when she looked into the mirror and saw a female ghost munching a stained sanitary pad standing behind her.

My personal experience with ghosts attests that they do cause physical reactions. Besides seeing their auric presence, they do interact with our energy systems, causing a variety of physical sensations in our body. If a person is psychic enough, first of all, he would feel the energy of others, especially when he is near people who are sick or suffering from some illnesses. This is what I used to call the process of sympathetic resonance. When I am near to a person suffering from chest pains, the symptom is mirrored in my physical body, and I do feel it in my own chest. Many would have experienced this and agree with me on this phenomenon.

In a similar vein, Ghosts are energy bodies minus their physical bodies which they previously inhabited. So when they are around, their energy bodies tend to resonate with our energy bodies and as such, we feel them. That they are of lower vibration, their presence particularly tends to disturb our lower chakras – starting from our leg chakras, our sacral chakra, our solar plexus.   I feel their presence when my legs start to vibrate and experience the pricking sensations on my toes. Sometimes they numb my shoulders or causing needle pricking sensations on my fingers.  And, sometimes I feel they affect my solar plexus causing numbness there or the nauseating feelings.  In some instances,  some people experienced an unexplained chill or coldness in their body,  and this could be one possible reaction to their very close spooky encounters.   The same goes for some people who feel goosebumps on their skin.

Ghosts may cause illnesses when they launch the auric attack on unsuspecting individuals who are weak in their energy protective armor. My explanation is that they sip or nibble off the energies from these unsuspecting individuals, leaving them weak and susceptible to illnesses,  and even plagued with subsequent bad luck cycles.   Funeral parlors and funeral wake, mortuaries, and some cemeteries are places that are infested with ghosts, each with their specific roles to play and their reasons for being there. So, when people feel their energy being sapped after visiting these places especially at nightfall and become sick, they should beware that they have become unsuspecting victims of the auric attack by those unearthly beings. Ghosts do not attack everyone – only those who are weak in their energy. Sometimes they are attached to novice meditators who generate good energy but still too weak to weave around their body strong defensive energy webs. They should either stop visiting such places or protect themselves with white lights or wear some high vibration quartz or talismans.

Besides the actual sighting of ghosts, there are other obvious signs of haunting which include disappearing and moving items at home, unusually cold spots, strange scents, grayish smokes or strange voices.  Other less conspicuous signals cover disturbing or violent dreams, strings of bad lucks, fatigue, depression, sleep problems, low energy, or headaches that do not go away.   These signals do not necessarily mean that the house is haunted or ghosts are disturbing you but it pays to keep a record of their frequency of occurrence and have them checked out.  There was a particular condominium in Orchard Road where two suicides took place of the residents jumping to their death from upper floors.  When I went there for some security audit as a security consultant,  I could feel very dense negative energy still lingered in the location.