Recently, I helped my former boss to cleanse his house of negative energy.  He has been regularly coming to me to perform the remote cleansing rituals.

I did two rounds of remote cleansing one in the day and the other in the night, as I explained to him over the phone that negative forces were more prominent after darkness.

As I was performing the cleansing, I realized that there was negative energy that was difficult to dislodge.  I related it to the ongoing Chinese 7th Lunar Month Ghost festival, where an unusually large number of spirits would roam the earth. 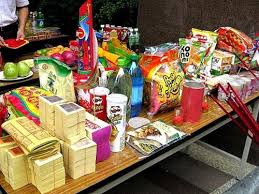 On the same night after I had done the ritual, I encountered an uncanny visitation from two spirits in my dream.  One was a middle-aged Chinese gentleman who showed up in a classical model of a white limousine. Tall, handsome, and with a white complexion, he wore a white suit with matching white pants.    Some voices in the background announced his name as Zhang Po Jian.  He waved at me as he walked past and disappeared into the thin air.

The next encounter was bone-chilling – a short and medium build Chinese woman, with short hair and wearing a one-piece white dress skirt of the 1940s, suddenly showed up at my house.  Ghastly pale in complexion, she stood outside my main door and kept knocking trying to enter my premises.  I refused to let her in and she was persistent in gaining entry, knocking on the door and rattling the metal grilled gate vigorously.  As I was frantically resisting her intrusion attempts, I was thrown off from my bed and was rudely awaken from the dream.

Thinking back, I have strong inklings that two powerful spirits were connected with the remote cleansing rituals that I performed earlier in the night.  I might have incurred their wrath in the process.