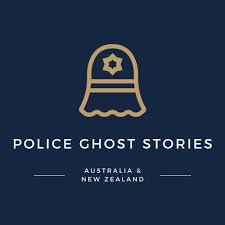 Introduction
There is a fair share of real-life paranormal stories encountered in the course of day-to-day police work.  Most of them have not been officially documented but nevertheless have been circulated among the police personnel through words of mouth.

A close friend of mine:  an ex-CID police officer in the Hong Kong Police,  narrated to me a story about a boy with psychic powers.  The boy came into police attention when parents of his classmate complained that their children were pinched by the boy causing sore marks all over their body.  When the boy was questioned by the police,  he claimed those schoolmates were either possessed by evil spirits or sick,  and he was trying to cure them.   What surprised the police investigating the case (my friend William was one of the investigators )was that the boy could point to the case files on their desk and speak about the details of the cases even though he did not read the contents of the Investigation files.   It seemed that when the boy grew up into a teenager,  according to my friend,  he lost such psychic powers.

Another supernatural police story involved my friend Mr. Lim, who was formerly working in CID,  Singapore Police Force.  In fact,  he is now into full-time spiritual work,  and he has a lot of ghost stories to share.  In this particular story,  he recalled that a young pretty lady was caught by the police for possession of controlled drug,  amount of which would have resulted in the death penalty if convicted.   During the investigation,  the lady committed suicide by jumping from the upper floor of the police building.   Everybody thought the case would just end there with the death of the suspect.  However,  a lady police officer who was involved in the investigation had an unnatural visitation from the deceased girl in her dreams.  The spirit revealed to the police officer that she took the wrap for her boyfriend who was actually the drug trafficker.   Apparently,  during the police raid,  her boyfriend hid the drug on her person without her knowing.   The police reopened the investigation and finally nailed the real culprit behind the drugs.  He was eventually convicted and hanged.  However,  in the formal investigation papers, this spooky encounter which provided a new lead to the police was never documented.

In another story,  still involving the Singapore CID Police,   a police detective from the homicide squad was investigating a case of an unidentified corpse,  so decomposed that it was beyond recognition,  found in one of the deserted corners of the island.  While he was working on the case and doing his paperwork in the office,  he fell asleep at his desk.  In his sleep,  he saw the image of an old man beckoning him.  When he woke up,  he saw the file containing records of missing persons inexplicably  open up with the page containing a photograph of an elderly missing person (it was   as if the old man in the picture was staring at him.)   He could not understand as to how the file folder was opened to the page containing that particular person.  Anyway,  based on information provided in the file,  he visited the residence of the missing person.   When he arrived at the one-room Housing Board,  through the window louvers he could positively sight movement of an elderly man walking in the house but when he knocked on the door no one responded.  As he was still waiting along the common corridor,  another elderly man showed up and he happened to be the resident of the flat.  When he opened the door and invited the police officer into the house,  there was no one in the house.  When questioned,  he told the police officer that he used to share the flat with another elderly man but he had not returned home and had been reported as missing for some time.   The police officer,  based on the lead provided under unusual circumstances,  soon established that the decomposed dead body was that of the elderly man reported as missing in his files.

There was yet another Police X File story involving my friend Andy, formerly an Assistant Investigation Officer attached to a police division in Singapore. In the course of his routine duties, he came across a suicide case in which a male Chinese jumped to his death from a block of Housing Board flats in his locality. When he arrived at the scene he could not find anything on the dead body that could lead to his identification. When he went back to his office, it was late in the middle of the night. While clearing his paperwork,  he could positively feel an unusual presence around him.  It was as if some mysterious object or entity was blowing cold air behind his neck. He also heard movements outside his office, and he thought his colleagues were still around.  But when he called out their names, he received no response. Being a person sensitive to the metaphysical realm, he silently prayed and composed a message in his mind pleading with the unknown suicide victim to help reveal his identity so that he could close the case.  Immediately, his telephone rang and a caller reported that his younger brother was missing from home for a while. Based on this lead,   that the person and his missing brother lived in the same neighborhood where the suicide took place, he arranged for the person to identify the body.   And, the person subsequently confirmed that the suicide victim was his younger brother. While at the mortuary, another strange event took place when the mortuary assistant informed him that they found the identity card of the deceased from the dead body.  The ID card was deeply embedded in the corpse, probably as the result of the impact caused by the fall, and escaped the attention of the investigator and his colleagues when they first searched the dead body at the scene.