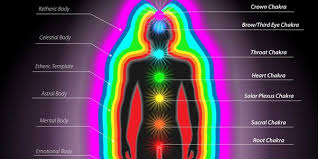 The ability to read aura with Third Eyes has been much discussed among the spiritual communities.  Many believe that one can attain the level of seeing aura with multicolors superimposed on their physical bodies,  just like those that are captured on Kirlian photography.  I shall now summarise my years of experience in reading aura,  tailoring it especially for those who are at the beginner’s level and struggling to develop this ability.

Guidelines In learning To Read Aura:

(1) To prepare yourself to see an aura,  first try to close your eyes, take a deep breath and say “Ah…. ” as you expel the air until you are out of breath. You should feel the energy coming from below your stomach (Dan Tian Acupuncture Point/sacral chakra) passing out through your throat.  The vocalization of the “Ahh” will vibrate a point on the upper throat where the pituitary gland is said to be resting on the tip of the spinal chord there.  Repeat that three times; at first, you may feel giddy but after some practice, you should do it well. After doing three sets of the “Ah ” exercise, you should be in the Alpha state of mind (brain cycle between 7 – 13.5 cycle per second), and you should be able to see some semblance of the aura. 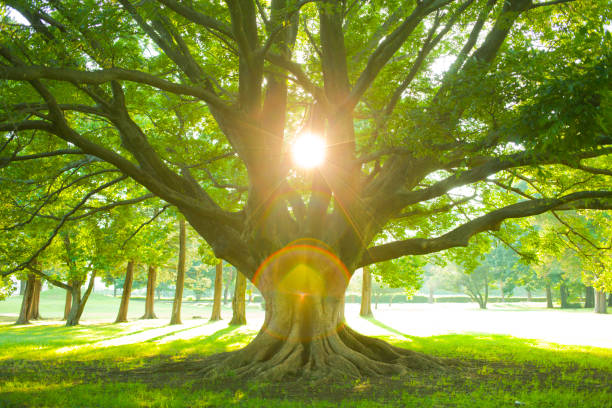 (2) When you are free, relax and look at trees, concentrating on their outlines. After some time you can see the misty substance in whitish green colour around the trees. Trees also have a similar system of aura as human beings.

(3)When you look up into the air on a bright sunny day, you may be able to see sparkling light orbs floating around. These are actually prana, or orgone or what we normally called vitality globules.

(4) Do not be disappointed if you cannot see colours; I suppose very few can claim they can see the full range of colours in aura like what you see from photographs taken with Kirlian machines.  You may try stretching out your hands and look for some bluish grey outlines around your fingers to initiate yourself into reading the aura.   When you are more competent in deploying your Third Eyes to read the aura, you should see some resemblance of faint and pastel colours – mostly dirty yellowish in not-so-healthy people, faint bluish colour in spiritual people or greyish in people who either suffer from more serious illness or harboring some evil elements. (darker grey almost black).  I once saw a cancer patient undergoing chemotherapy treatment with an aura in sticky mustard green colour.  I also came across another person with the Mediterranean disease with a black aura around him.

(5) It is more important to look at the texture of the aura and learn how to read them. People of the stronger constitution have more pronounced and expanded aura while weaker people conversely having smaller and weaker auras. Besides, healthy people should have an evenly distributed aura with the more refined types having velvet kind of appearance.  Those not-so-healthy people may have unevenly distributed aura with some portions denser and some not so dense.  The crown chakra is normally seen as a luminous V shape above a person’s head,  and its size can indicate whether the person has a strong or weak aura and his level of spirituality.

(6) When you want to see an aura, try not to look directly at the object. Use the sideward glance or look beyond the objects. The ability to see aura has something to do with the structure of the eyes – the rods and the cones – which are optical cells; it is somewhat similar to the functions of the eyes that adjust itself and help you to see clearer in darkness.  The best environment to see aura is in semi-darkness under sodium lights. It is more difficult to see auras under bright sun lights.

(7) I suppose you like crystals. Constantly wear an amethyst ring or pendant. Has it beamed at the third eye, or the brow chakra, approximately behind the spot between your two eyebrows? This should help activate your third eye chakra a bit further. Some say wearing moldavite also helps but I am afraid the stone is too overpowering and may upset you. Another use of crystal is that it protects you against being contaminated by negative auras.

(8) If you want to look at auras you must be prepared for the risk that you may be affected by the other person’s unhealthy or negative vibrations transmitted to you by the process of sympathetic resonance, especially when you are weak and not so well. This would happen because you have to focus on the person’s aura with intent, partially using your eyesight and thoughts, and thereby attracting the other person’s energy towards you.

(9)  Besides the ability to see an aura,  the Third Eye to me has another important function.   It seems to be both projecting and receiving.  I use it like a radar of bats, scanning for vibrations. When I look at photographs, I use this chakra to scan for vibrations;  I am conversant in picking up both positive and negative energies from these photographs.   I have taught others to look at a stone with this chakra and feel which part of the body the stone vibrates them. In this way, we are able to differentiate what are these stones according to which of our chakras they vibrate, such as: if it vibrates our solar plexus, it is a yellow stone – citrine, yellow topaz or etc.