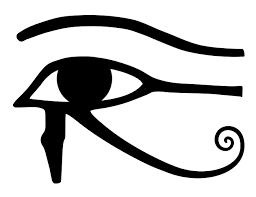 I suppose that in countering evil spells or black magic, the greatest harm to ourselves is the Fear generated within ourselves.  Once a Rinpoche told me that for Black Magic to work, the victim must be psychologically made/”lured” to feel and fear the effect of the Black Magic, so much so that the slightest discomfort in his body would be dis-proportionally manifested and be blamed on the supposedly psychic attack. Therefore, the Fear factor alone can wreak havoc on the victim of Black Magic, even causing him to act irrationally and driving him to seek self-destruction, or even harm those who are close to him. He advocated that the victim prayed to Buddha earnestly so that he could receive the Holy Lights blessing and protecting him.
Vice versa, when we wish to counter the negative effect of a psychic attack or Black Magic, we should have Faith in ourselves and in Whoever we call upon to protect us. So, chanting a simple prayer, calling upon whoever our God, the Angels or Divas or Deities that are close to our heart and earnestly asking for their protection, before we fall asleep, is one simple countermeasure. You can call this a “countering spell”…
Some objects such as natural stones may also help. Once an Italian cook came to me asking me for advice on how to counter the “Evil Eye” spell, and I gave him a hematite pendant to wear as protection. A year later, he met me again and told me that the pendant worked, and since then he had not been harassed by the Black Magic.  Hematite serves as a magic mirror not only deflecting the psychic assault but reflecting it back to the originator. Wearing a piece or keeping one below the pillow would be helpful for a good night rest. We can also similarly use some high vibration stones such as white quartz, amethyst, tektite and even moldavite.
I also recommend hanging some faceted cut natural stones – best to use either white quartz or smoky quartz balls at the entry points to the room – the doors and windows. Using a good piece of laser wand – white quartz, or selenite or kyanite – to seal off all the entry points – doors and windows-  would also work in some cases. To do that, we hold the laser wands in our right hand and trace the outlines or the edge of the windows and doors from right to left, saying whatever prayers appropriate and forming an intention that the pure white lights from the stones etched along the edges of the windows and doors would serve to ward off all uninvited negative energies.
Sometimes, when I feel the presence of evil in my room, I compose a thought form to invoke the virtual Pyramid and spin it counterclockwise to clean the confined space. Bringing down the White Lights, or Golden Lights, and flooding the room also works.  It is a universal truth that all forms of negative energy can be overcome with stronger and higher positive energy.   Chanting of mantra helps generate powerful positive energy and similarly reciting names of God,  Buddha,  Bodhisattva, Deva and highly evolved spirits could also help.  But whichever the case,  the person chanting the mantra or calling forth the Divine protection must be sincere and has the ability to connect to this higher level of vibration.  Constant practice in Meditation and Qigong will help a person to develop this connectivity to a higher form of energy vibration that could counter and dissolve the negative energy.
I remember reading about one writer of a book on psychic defense describing how we should best defend ourselves against black magic. Her unconventional view is to compose pink compassionate light from our heart and channel it across space and time to the source of the black magic. She suggested that instead of begrudging or showing hatred to the originator of the negative auric attack, we are supposed not only to forgive him but shower him with unconditional love…..How many of us can do this?
Article Source:
http://EzineArticles.com/1378635