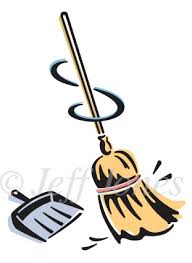 In that particular healing episode (REMOTE SENSING AND ENERGY HEALING),  I spoke about how I helped heal my former colleague’s wife who was suffering from stomach cancer.  There was more to it than applying the healing energy on her auric body remotely.   I also helped cleanse the energy of their house applying the enlarged etheric pyramid over their three-story landed property.  This manner of the cleansing of the place of abode is complementary to merely working on the etheric body of the affected party,  as the house she and her family lived in would have been saturated with negative energy if left untreated.  The negative energy emanated from her sickness,  the negative emotions caused by the anguish and worries she and her family endured,  and the likely presence of foreign hostile energy sources if left unchecked would aggravate the health of the sick person.

Until today,  my friend occasionally has been requesting me to check for the energy level of his house and invoke the etheric pyramid remotely to clear whatever build up of negativity and reinstate the positive energy in the premises.