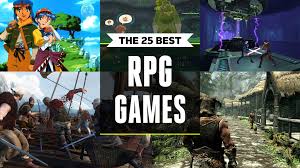 Totally agree that there is more to playing games than meets the eye.

There are many other benefits especially for older persons in playing games.  It certainly helps in improving our psychomotor and cognitive skills, creative thinking, and problem-solving abilities.  I believe that it also serves to minimize the onset of aging problems like dementia and Alzheimer’s.  And, in the multiple lockdowns caused by the Covid19 Pandemic, playing computer games is one excellent means to keep older folks like me occupied at home, killing away boredom.

In modern military training, they have been using computer simulations in war games in preparing for eventual real-life warfare.  (Example:  trainee pilots practice dog fights on huge and real-time computer screens.)  Once I suggested to an ex-colleague in the Intelligence that the in-game interaction could facilitate secure and clandestine meetings between the Agent and his Sources, instead of having to risk exposure in face-to-face rendezvous.

Currently, I am deep into playing an internet RPG game: The World of Warcraft, a very interactive game where you play along with people from all over the world.   In the game, you role-play different characters, depending on whether you prefer swinging a sword to do hand-to-hand fights or brandishing magic staff to blast spells at your opponents.    And, you can choose to fight against computer-controlled “NPCs”, or other real-life players,  who will not hesitate to “PVP” and  “gank”  you.  I have also played other games – Sacred,  Mu-online,  Jin Yoong series the all-time classic Diablo,  Shadows of the Legend,  and the currently hot favorite The New World.

Personally, I feel that for psychic practitioners who work with defensive and offensive energy magic, computer RPG games can be one unconventional form of training for us to role-play about fighting monsters with magic because in real life we do not often get the opportunity to practice on real targets.   And, in real life, when we do encounter real negative entities, it may be a battle of life and death,  giving you a very chance to treat them as trial runs.  It is just like in the dreams we also go through such rehearsals, familiarizing us with the various techniques that we learn during our waking hours.